If your goal is to become a fighter or to be able to defend yourself completely, Brazilian Jiu-Jitsu has significant advantages over most other martial arts. It remains the only single style that addresses all areas of fighting completely without the need for cross-training. Brazilian Jiu-jitsu was designed as a fighting style to defeat other martial arts, where styles like Boxing, Karate, Kung Fu and Tae Kwon Do all specialize in striking someone, none of them present solutions for someone who is pinned on the ground; conversely, Jiu-jitsu offers solutions for defending against striking attacks while standing and on the ground in addition to all methods of grappling attacks. With the popularity of contests like the Ultimate Fighting Championship, you will see people naming their styles as Wrestling or Kickboxing, but they all (and must) supplement their training with Brazilian Jiu-jitsu. To this day, there are still fighters entering the cage with Brazilian Jiu-jitsu as their only method of training to ensure their victories. 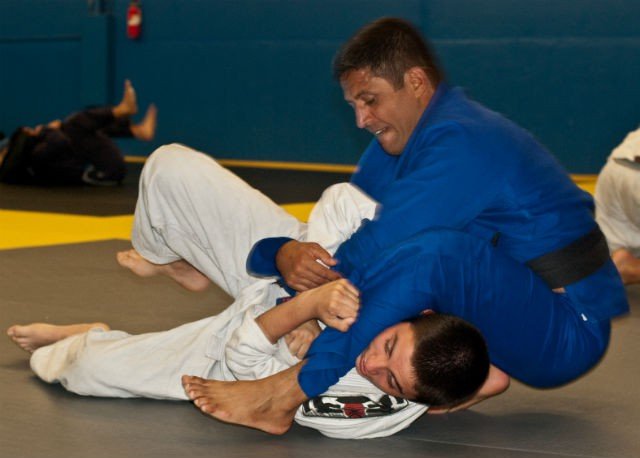