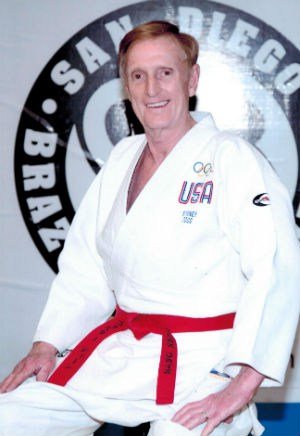 Walter is 78 years old and has been married to his best friend Ginny for over 50 years.

Service and Accomplishments:
Over six decades of service to martial arts encompassing coaching in over 38 countries. Coaching and management positions representing the United States, Pan America Union, and the International Judo Federation. Duties included Coach and Team Leader with Olympic and Paralympic responsibility. Served with 8 World Games and 4 Paralympic and Olympic competitions. IJF Delegation and legal advisor World Judo Conference 3 times. PJU Delegate representing the PJU President at several International meetings. I recently served as IBSA Delegate for the Americas as the Chief Technical Officer responsible for all major point tournaments leading to the selection of the Paralympic teams.

Served as VP of USJA for over 12 years with additional positions on the Promotion Board, Board of Examiners, Legal and Ethics Committee. Served as President of the Pacific Southwest Judo Association for 13 years. I have written extensively on coaching athletes, coach certification as well as a detailed book “Judo Technical Manual and Study Guide” which shows all requirements and recommendations for promotions starting as a white leading to 10th-degree black belt. It is a handbook for coaches and students.