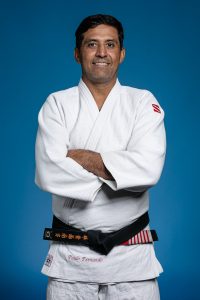 Paulo Augusto was born in Sao Paulo, Brazil in 1970. When he was only five years old Paulo saw a judo class at the YMCA and asked his mom to sign him up. Soon Paulo’s older brother, Carlos, and sister, Valeria, were practicing Judo as well. Paulo, the youngest of the three, loved going to judo classes and has never stopped.

As his judo talents became apparent, Paulo was fortunate to have the privilege of training under the world famous Shigueto Yamasaki. Yamasaki is a true judo Master and International Referee, credited with developing many National and International judo champions including Paulo Augusto. Mr. Yamasaki was a Riuzo Ogawa student (The founder of Judo in Brazil in 1934) and has refereed numerous judo tournaments, 6 world Judo championships and 4 Olympic Games.

By the age of 17, Paulo had already won an impressive amount of local, State, National and International judo tournaments. These accomplishments were recognized by the Paulista Judo Federation in 1988 when Paulo was awarded his black belt in Judo. The higher degrees quickly followed with his 2nd degree in 1992, his 3rd degree in 1998 and his 4th degree from USJF (The most respected USA Judo Federation) in 2004. In 2003 Paulo won two gold medals in the Pan American Masters Judo Championship (Arizona, USA). Paulo is also registered and certified by Kodokan Institute Japan.

In 1986 Master Yamasaki’s nephew, Fernando Yamasaki, introduced Paulo to Brazilian Jiu Jitsu to further advance his judo skills. It was no surprise when Paulo immediately showed talent in this sport as well. He began studying Brazilian Jiu-Jitsu under Master Otavio de Almeida Jr. (current President of the Federacao Paulista De Jiu-Jitsu). Mr. Almeida Jr. is the son of Otavio de Almeida Sr. (One of the pioneer BJJ teachers in Sao Paulo, Brazil).

Success in Education and Business

Augusto’s prestigious training from respected masters and dedication to the sport of judo has allowed him to achieve great success in the sport as well as in life. Paulo received a judo scholarship to the prestigious Paulista University in Sao Paulo, Brazil where he earned a degree in International business. That was only the beginning of his achievements. In August of 1997, he decided to come to United States to learn English. Paulo mastered the English language after three months of intensive dedication in his classes and returned his focus to his business career. In 2001, after three months of studying 12 to 16 hours a day, Paulo passed one of the hardest state and National exams (The Series 7, Series 66 and Life Insurance Exams) and became a financial advisor with UBS Paine Webber. He then received an offer to work for Bank of America Investments. In 2004 Paulo passed the exam to become a Real Estate Broker.

Master Yamasaki and Master Octavio de Almeida not only taught his premier students to master the art of Judo/Jiu-Jitsu but also the skills required to teach. While attending ESL school, Paulo practiced Judo and Jiu-jitsu in local schools in San Diego County. He was quickly recognized as an outstanding talent and was invited to teach classes. The birth of Paulo’s son, Thomas Augusto in April of 2004, reminded Paulo of the importance of passing his knowledge and skills down to future generations. Paulo gave up his prestigious financial career in order to open the largest Brazilian Jiu-Jitsu and Judo school in San Diego County and do what he loves the most: teaching Judo and Brazilian Jiu-Jitsu. 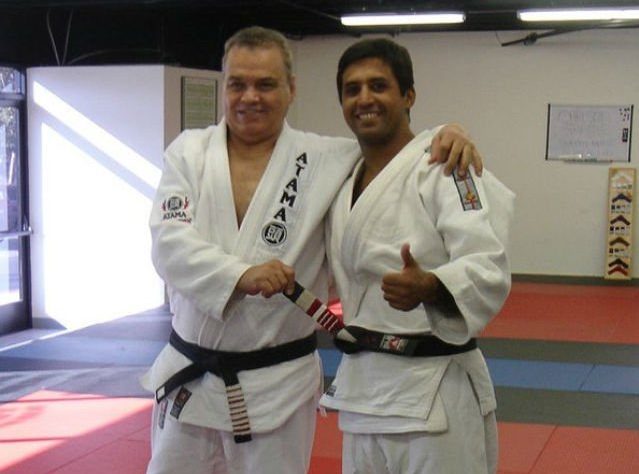