Muay Thai is a form of martial arts that is practiced throughout the world, including Thailand and other Southeast Asian countries. The art has a long history in Thailand and is the country’s national sport. Traditional Muay Thai uses kicks and punches in a ring with gloves similar to those used in Western Boxing.

Muay Thai is referred to as “The Art of Eight Limbs”, as the hands, shins, elbows, and knees are all used extensively in this art. A practitioner of Muay Thai has the ability to execute strikes using eight “points of contact,” as opposed to “two points” (fists) in Western boxing and “four points” (fists, feet) used in the primarily sport-oriented forms of martial arts.

If you are looking for Muay Thai in Escondido or San Marcos areas, you have come to the right place! SDBJJ offers Muay Thai & kickboxing training sessions 6 days a week. 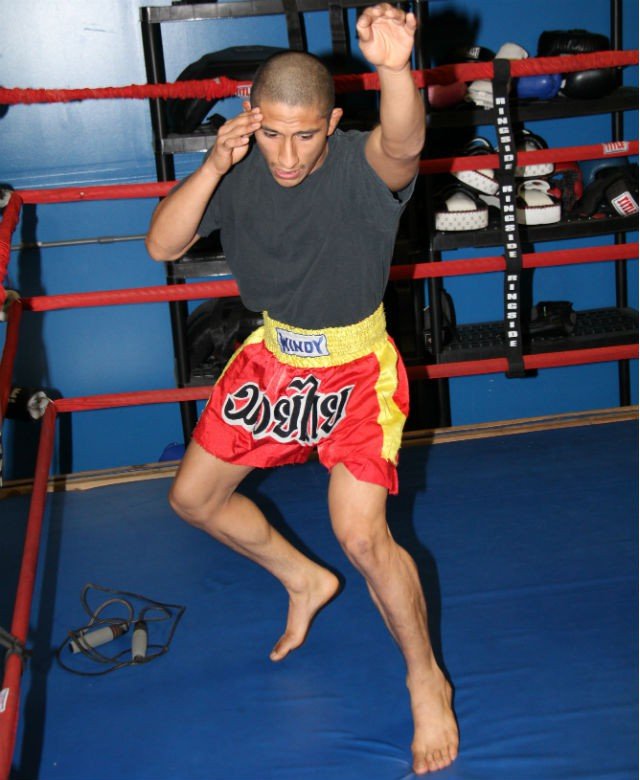